Ela Sorting Books solution codeforces – Ela loves reading a lot, just like her new co-workers in DTL! On her first day after becoming an engineer in DTL, she is challenged by a co-worker to sort a heap of books into different compartments on the shelf.

𝑛n books must be split into 𝑘k compartments on the bookshelf (𝑛n is divisible by 𝑘k). Each book is represented by a lowercase Latin letter from ‘a’ to ‘y’ inclusively, which is the beginning letter in the title of the book.

What is the lexicographically greatest resulting string possible that Ela can create?

A string 𝑎a is lexicographically greater than a string 𝑏b if and only if one of the following holds:

The second line of each test case contains a string of 𝑛n lowercase Latin letters from ‘a’ to ‘y’ inclusively. Each letter represents the starting letter of the title of a book in the initial heap.

It is guaranteed that the sum of 𝑛n over all test cases does not exceed 10001000.

For each test case, output a string of 𝑘k letters which is the most optimal string that Ela can find.

In the first test case, the books can be divided into 33 compartments as below:

Therefore, the answer is ‘edb’. It can be proven that there is no way that Ela can arrange the books so that it results in a lexicographically greater string. 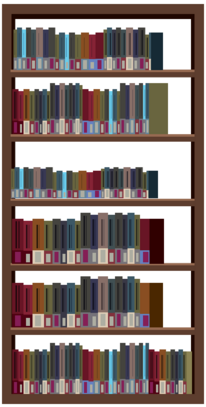